The most recognised Australian battle of the Vietnam War 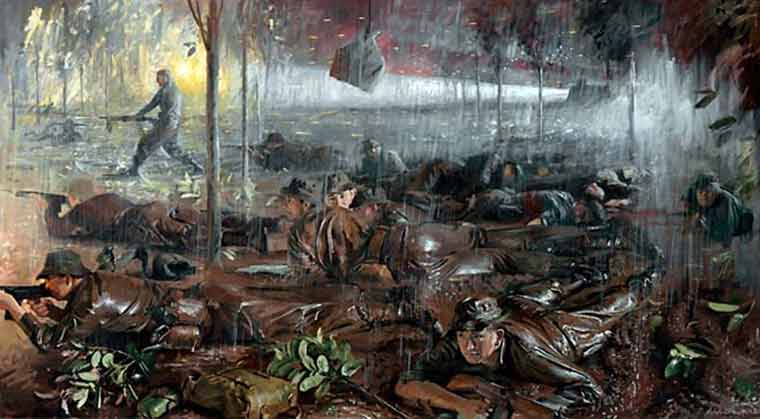 Aussie entertainers Col Joye and Little Pattie got more than they bargained for when they went to Nui Dat to perform for the troops on August 18, 1966.
But so too did some of those troops - from D Company 6RAR - when their patrol was attacked by an estimated 2000 Viet Cong and Vietnamese Army soldiers at the Long Tan rubber plantation.
The performers at Nui Dat could hear the fighting just 5km away, but by the time the concert started the men of D Company were desperately holding off the onslaught.
The company recorded 18 deaths, with 24 wounded, against 245 Vietnamese verified deaths. The Australian casualties would have been far higher - in fact the patrol would almost certainly have been wiped out - had it not been for ammunition dropped from RAAF helicopters, plus supporting fire from New Zealand artillery.
Major Harry Smith led his small infantry force as they repulsed wave after wave of attacks during a monsoonal downpour.
Australian War Memorial director Brendan Nelson told the ABC the battle was "the most dramatic battle, and costly, in which Australia was involved during the course of the Vietnam War". He said: "It's become a battle which has come to symbolise the Vietnam War, and the legacy from Anzac which was carried by those young Australians."
But the "legacy from Anzac" wasn't apparent to Vietnam War veterans until many years later, because their reception when they returned to Australia - as the country turned against the war and the protests mounted - often ranged from indifference to outright hostility.
Now, of course, the country recognises the bravery of those who fought in Vietnam and the price they paid. The Department of Veterans Affairs says that of about 60,000 Australians who served in this country's longest 20th century conflict, more than 500 lost their lives and about 3000 were wounded, otherwise injured or victims of illness.
Major Smith returned to the site the day after the battle to lead the gruesome task of clearing away the corpses of enemy soldiers, while retrieving the Australian dead.
Ironically, in 2016 (the 50th anniversary of the battle) when Mr Smith and many other veterans returned to Long Tan, they were prevented by the Vietnamese Government from attending a memorial service at the Long Tan Cross.
One Vietnam veteran told the ABC the vets were unique among returned service personnel. "They went, they fought but it was the welcome home which really in many ways set them apart," he said. "They weren't welcomed like previous generations, and that left a scar which only today we're beginning to properly heal."
Roll of Honour


They shall grow not old,
as we that are left grow old;
Age shall not weary them,
nor the years condemn.
At the going down of the sun
and in the morning
We will remember them. 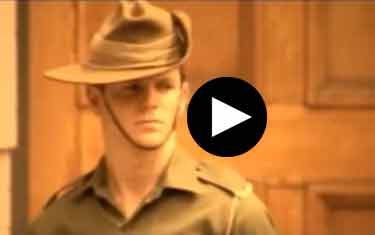 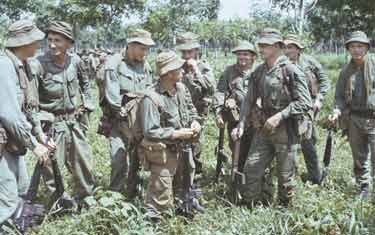 WARNING: These three links are to external pages, over which the Caloundra Sub Branch has no control.