The Memorial Walkway was started in 1994 and was run for many years by the late Dick Allchin. It is now administered by Frank Wratten and the Caloundra RSL Sub Branch Military Display team, with the help and welcome cooperation of the Sunshine Coast Council.

NEW! Veterans' families and loved ones can now easily locate their plaques on the Memorial Walkway. Click for instructions and a link to the database of about 2400 plaques.


On Remembrance Day 1995 the Caloundra Headland Memorial Walkway was dedicated as a War Memorial and a monument and plaque were installed.
Caloundra Headland marks the start of the "Brisbane Line" during World War II and to mark its historical and strategic significance, the Caloundra City Council granted the request to install plaques (example below) bearing the names of deceased Defence personnel, both military and civilian, along the walkway.
It thus became a part of Caloundra's history and heritage as well as a 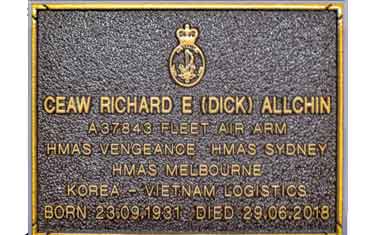 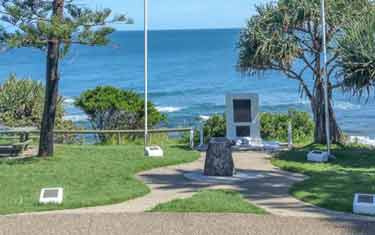 personal and tangible memorial for all the military veterans honoured this way.
By the end of 2021 about 2400 plaques had been installed commemorating the life and service of Australian and Allied Defence personnel.
The walkway extends about 1.2 kilometres from the Caloundra Surf Lifesaving Club ("Mets") on Kings Beach around the headland to the Shelly Beach access road. Along the walkway there are many sites dedicated to the memory of those units that contributed to the defence of Australia.

These include the Memorial (left) to Australian Hospital Ship Centaur which was sunk by a Japanese submarine on 14 May 1943, with the loss of 268 lives, and the Caloundra Headland Memorial (below) in Anzac Park.
The Caloundra Headland Memorial Walkway is a relatively easy walk, even for those who are infirm.
It not only showcases Caloundra's picturesque coastline, but also provides a range of suitable places to pause and reflect on the sacrifice and commitment of those who served their nation. 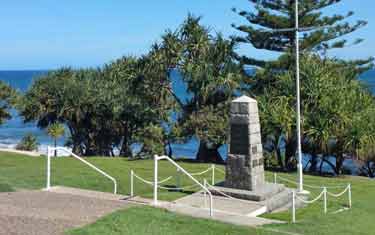