Our beautiful Memorial Garden (see below for bigger pictures) is nestled within the grounds of the Caloundra RSL, alongside Third Avenue.
It is a landscaped retreat, listed on the Queensland War Memorials Register, where Australian Defence Force members, veterans and families can reflect in a lush area on the service provided by those of the ADF over the years.
Unfortunately, proposed traffic plans by the Sunshine Coast Council threaten to take a savage slice from the garden.

The Sub Branch is actively opposing this development, believing that Caloundra's traffic problems can be solved by adopting a different route which would not turn Third Avenue into a four-lane highway.
Central to the garden is an entrance depicting the areas of conflict where our forces have served.
This leads into the main memorial area which features a Cenotaph commemorating those who have fallen, and The Ode etched into the paving, both overseen by the actual "Huey" involved in the Battle of Long Tan.

In addition, there are specific monuments to each service of the Australian Defence Force and plaques dedicated to military units and associations.
Specially commissioned silhouettes showing those who have served dot the garden.
A pathway winds through the manicured garden to a pine tree, descended from the pines trees located at Lone Pine, Gallipoli.
Come and visit and take in the beauty, the peace and the tranquillity of this Memorial Garden, of which the Caloundra RSL Sub Branch is very proud. 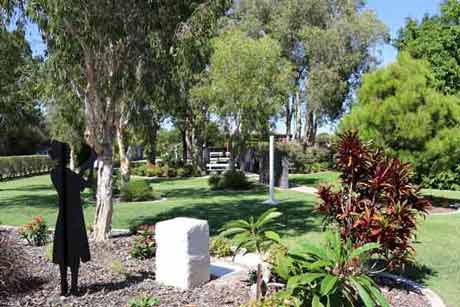 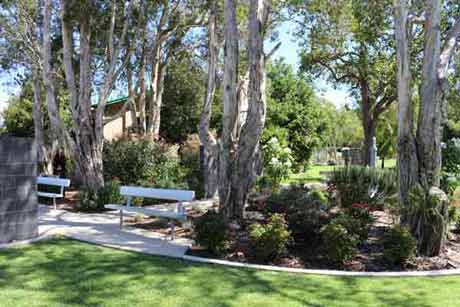