Victory in the Pacific Day

On the morning of August 15, 1945, Australian time, Emperor Hirohito of Japan announced that Japan would surrender unconditionally, as demanded by the Allies.


Just after 9am Prime Minister Ben Chifley told the nation via radio that Japan had surrendered.
"Fellow citizens, the war is over," he said.
"At this moment let us offer thanks to God.
"Let us remember those whose lives were given that we may enjoy this glorious moment and may look 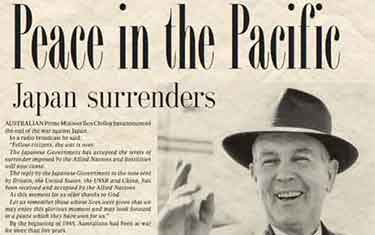 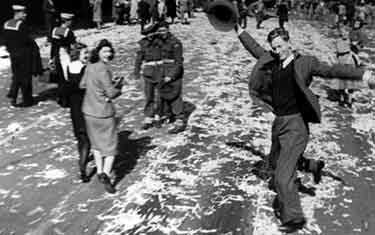 forward to a peace which they have won for us."
Chifley declared that day and the next as public holidays. He probably needn't have bothered, at least for the 15th, as people all across the country celebrated wildly, stopping traffic while dancing in the streets amid home-made confetti tossed from shops and office buildings.
The following day was slightly more sedate, with victory marches almost everywhere.
Formally, General Thomas Blamey signed the surrender document on the USS Missouri in Tokyo Bay on September 2. This became known as VJ Day, and August 15 – a more resonant day for Australia given its closeness to Japan – as VP Day. 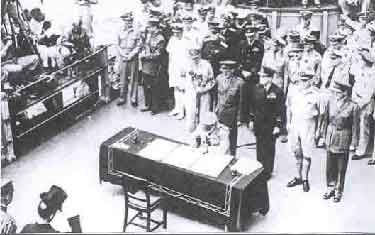